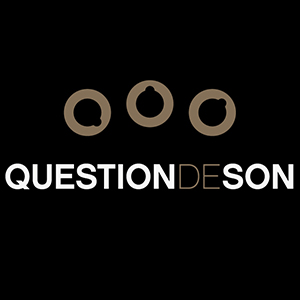 Two sound addicts have created the recording studio of their dreams - and yours - in the heart of Paris.

When Jordan Kouby and Frédéric Vectol purchased this former textile studio, they weren't exactly newcomers. Question de Son is the culmination of their rich experience of working in studios. They oversaw the development from A to Z with acoustician Michel Deluc. The result: acoustics which are thought-out and completely mastered. Each wall, each angle was designed with one goal: that no one could say "Yes, but..." They aimed for excellence without compromising character; the studio's sound is truly unique.

Studio A, the main studio, is a vast 70m² (753 ft²) room that strikes you with its warmth. A superb brick wall, wood floors and accents, and at the back, an alcove with walls entirely built from stone. A stone room is ideal for recording drums - satisfaction guaranteed!

On the other side of a glass divide is the control room with impressive attributes: a vintage EMI-Neve desk, Studer A820 24-track recorder, Protools HDX with Lynx Aurora convertor, and vintage pre amps, compressors, limitors and effects you dream about. For example;vintage Telefunken pre amps (V76/80, V77), also Gates, Urei, LA-2A's and more. You'll find a subtile combination of vintage and modern gear.

Studio B is the exact replica of A; it is the same size and has the same acoustics.  Studio B is perfect for mixing. It's equipped with an SSL 4048G+ console with Ultimation and Recall. A great range of compressors, limitors and effects have been assembled: an API vintage EQ, GML EQ, Neve compressor,Pultec Eq, EMT plate amongst others. The room can be set up with a 5.1 monitoring system controlled by a Martinsound MultiMAX surround controller.

A 7m² Iso booth is connected to Studio B and is good for recording vocals and other overdubs. It can be easily linked to Studio A's main live room, which isolates amps during live sessions.

On the backline and mic side, it's Ali Baba's cave: RCA44 classic ribbon mic, RCA DX77, 4x Coles 4038 and a pair of KM56s. We have a Hammond B3, Farfiza, Twin reverb, Vox AC30 and more. Outboard includes an EAR 660, LA-2A, EMT140 and a Gates SA-39 compressor straight out of the 1950s. Without a doubt, This is Paris' most complete and eclectic selection of guitars, keyboards, amplifiers, pedals, mics and outboard.

In Question de Son, everything is interconnected in a type of "intelligent" building which makes you want to arrive early and stay late. It is already the cream of the crop in french recording studios.

Jordan and Frédéric have another passion: vintage! Their hobby has given Question de Son a "cosy industrial" ambience, with huge factory lamps and shelves filled with vinyl.