Farewell to The Square 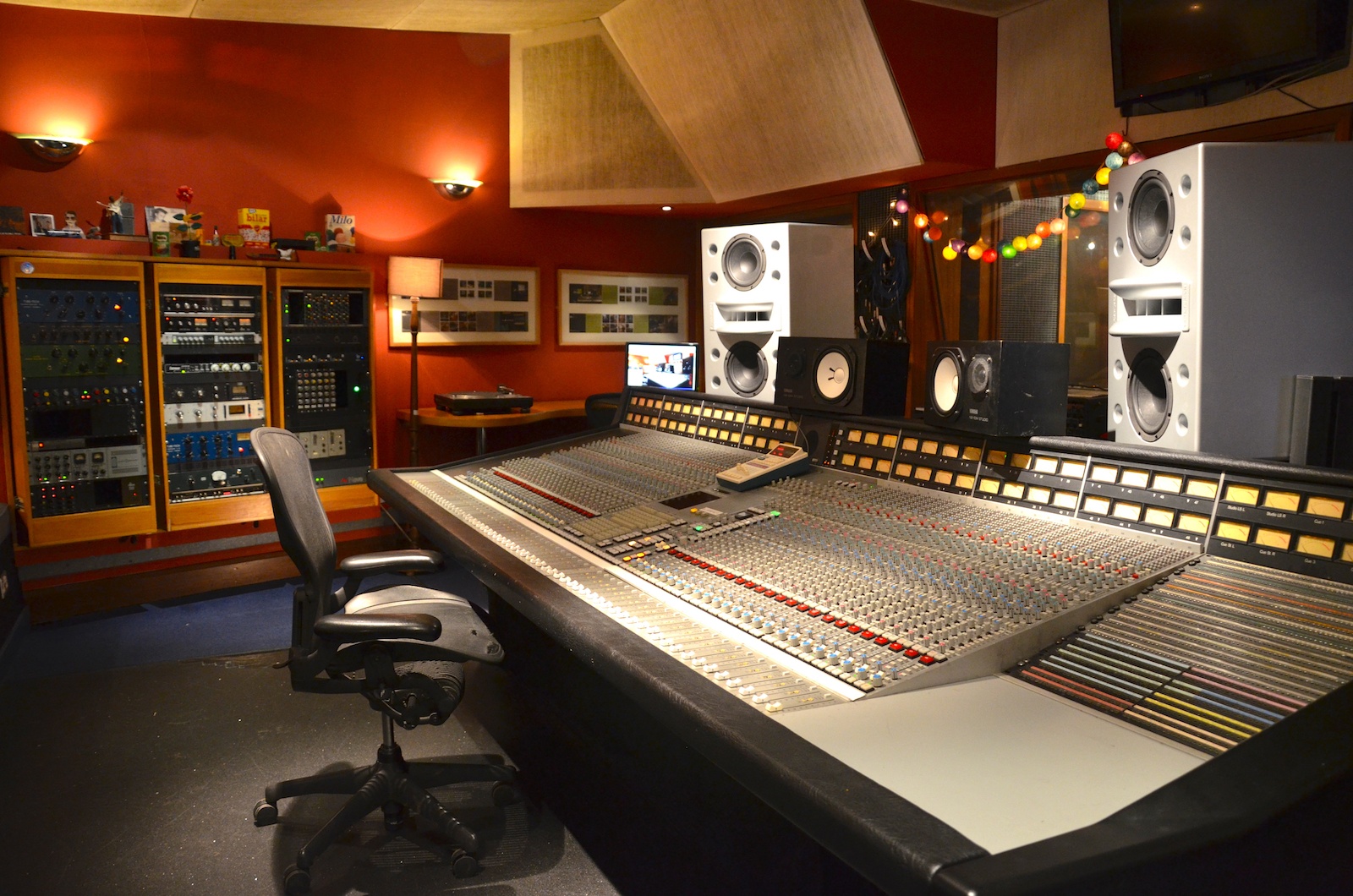 In 1984 Milo Music was founded in Hoxton Square. Its owner Henry Crallan bought the site in what was then a very deserted and dilapidated part of London and built the first Miloco recording studio. Originally a two studio complex simply called Milo, it was later renamed to The Square when Milo became Miloco. It was a tremendous little studio collaboration between Henry and John Deacon from Queen, whom he had been working with as tour manager. For many years (up until the year 2000) The Square was the heart of Miloco and where Miloco HQ was based.

The building was full of wonderfully interesting and cavalier people. Film producers, video companies, record companies and tour managers who came and went and told us of their crazy adventures travelling around the world. I started at Milo in about 1989 and for the next 10 years I had some of my happiest times there, The Square being at the heart of them. 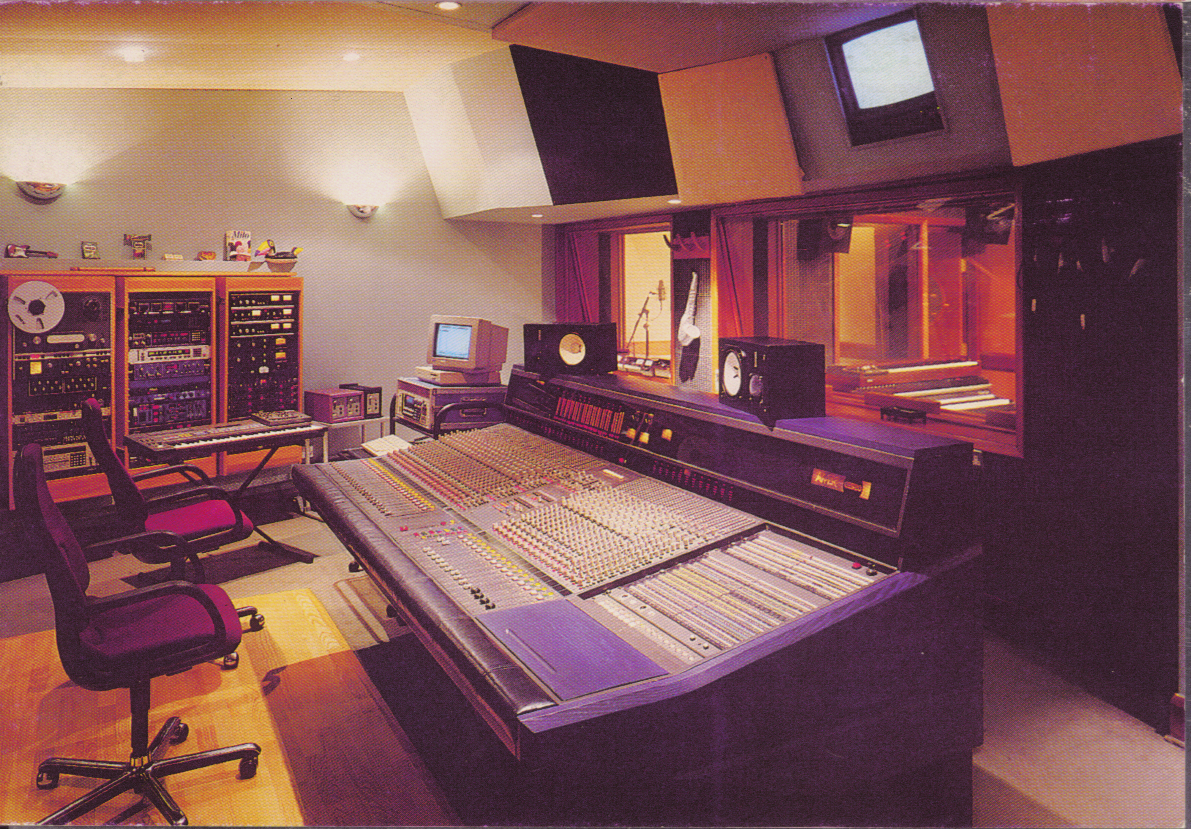 When I began, Hoxton Square was like the land that time forgot – there was so little life. The area was inhabited by artists and mavericks and some of the most wonderful characters. The 333 Club (which was then the London Apprentice) on the corner was the largest gay pub in London. The restaurant now opposite the White Cube used to be the Bass Clef, an old jazz club which had a great little analogue studio called Wave on the ground floor that recorded the gigs. Next door to that was a timber yard, and that was it.  No other pubs, bars or restaurants. On Saturday night there were only two pubs open nearby: The Barley Mow and The Bricklayers Arms. It was deserted on weekends and a far cry from the hordes you’d find there today. In fact it felt so removed from London that we found it very hard to convince clients to go there, for them it was like travelling to Blackheath and the parking was free. Oh how times have changed!

Gradually over the next few years the bars and restaurants began moving into Hoxton; The Bass Clef became the home of Acid Jazz and The Blue Note an innovative 90s club. We saw and felt the area changing, some may say for the better but at the time we thought it for the worse. 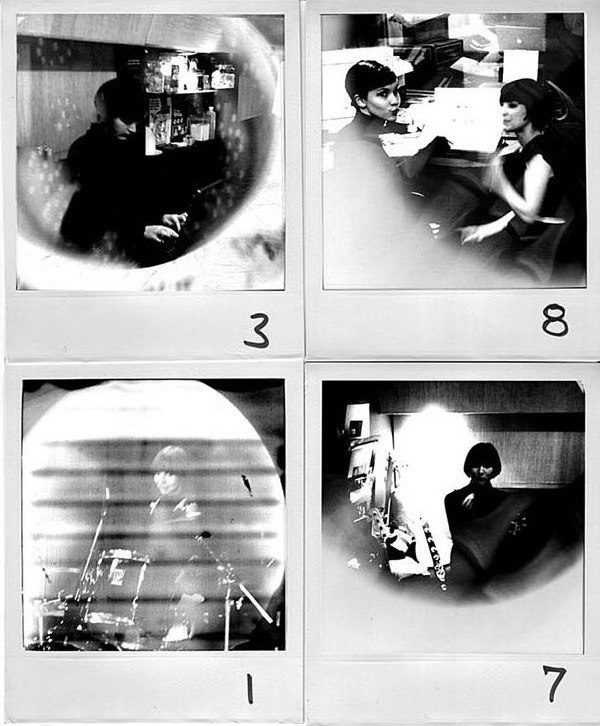 The popularity of Milo Studios also continued to grow. Artists such as Marc Almond and Siouxsie & the Banshees were there in the 80s. Luke Haines and The Auteurs were regulars, as were the M-People, Brand New Heavies, D-Influence, Robert Owens, Tamsin Archer, Bjork, Shane McGowan, Sinead O’Connor and many other great acts. In the 90s it became the spiritual home for Pussyfoot Records which used it as a base to record all of its output. Alison Goldfrapp was a frequent visitor there as was Jacknife Lee  (who went on to produce Snow Patrol) and Stuart Price who in those days went by the name Jacques Lu Cont. Mike Spencer was the in-house engineer for many years in the 90s and these days is still producing number one acts year on year.

In 2000 VCL video, who resided in the building, bought it from Henry and his fellow shareholders. Henry used the money from the sale to purchase Orinoco, the complex on Leroy Street which is home to Miloco HQ, The Pool, The Bridge and The Red Room London. We kept The Square however, renting it off the new owners, and as they had been friends of ours for many years it was a great relationship. From 2000 to now we saw Hoxton grow out of control into what is now the party capital of London. The place became a venue for the city and Saturday night crowds, and certainly had a different feel. You’d get a headspin trying to keep up with the restaurants and bars sprouting like weeds. Money poured into the area spurred on by the growth of the Silicon Roundabout, jacking up the rents and pushing out the creatives that had been there for years, as is the story of gentrification across trendy East London. It was definitely hip to be in this square, and sadly that came at a hefty price. 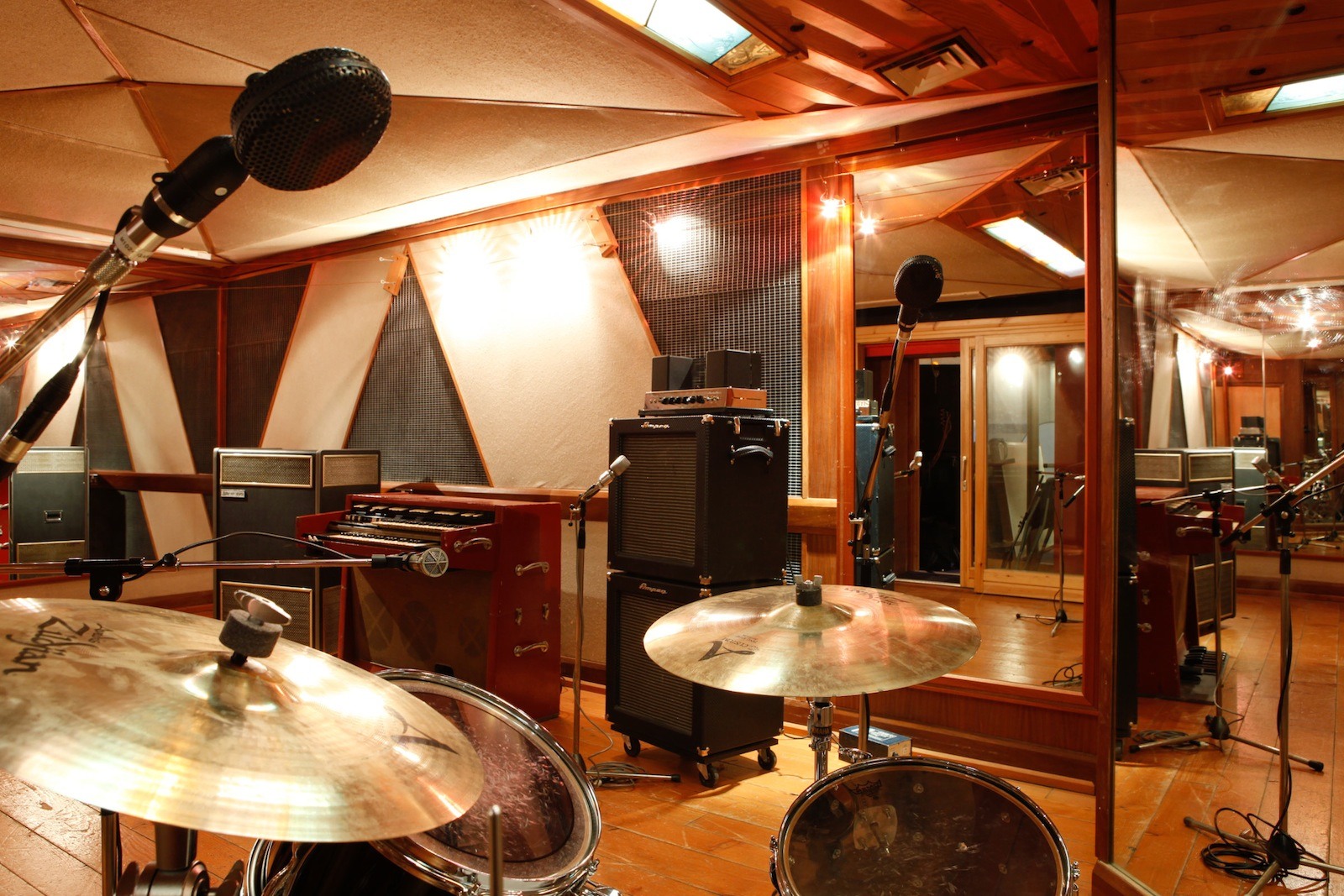 Many were forced to leave, but we stayed and the clients in The Square continued to grow from 2000 to 2015 – Jamie T, The Kooks, Paulo Nutini, Tom Odell, Plan B, Marina & The Diamonds, Razorlight, Rizzle Kicks, Hurts, Bat For Lashes, Crystal Fighters, Patrick Wolf, Jack Penate, 2 Bears and so many more.

A few years ago we said goodbye to The Garden studios nearby which got turned into a Pret a Manger. Last year we lost our longterm let studios in Hoxton Market, and then last week we learned our new landlords would not be renewing our lease in The Square. Over Christmas our previous landlords had sold the building to a new company and with our lease set to expire at the end of March 2015 we had an inkling this would be the case.

So, the spiritual home of Miloco will be no more. The building that was built by the late Henry Crallan, founder of Miloco, has come to an end. It’s very sad for us and maybe for some of the clients that worked there, especially as there was no reason for us to want to close it. It will be sadly missed and we will remember the place with fond memories. For me this was the place where I learned to assist, engineer (badly) and run studios well. Without this one studio there would have been no Miloco. Somehow I think it will be hard for the new owners to have as many fun times as we had there, or match the amount of creativity that came out of that building. But it’s great the studio is going out on a high, and we want to thank some of the recent clients who have been keeping it busy – M.I.A., Skepta, The Hunnas, The xx and many many more… to all the past and recent clients, we thank you.

Miloco will move onwards and upwards. We’ll relocate the studio but unfortunately not in Hoxton. However the spirit is in the people that work there and the music that is made, so it will live on forever, just with a different postcode.

Farewell to The Square.

Take a look at The Square’s final days here. 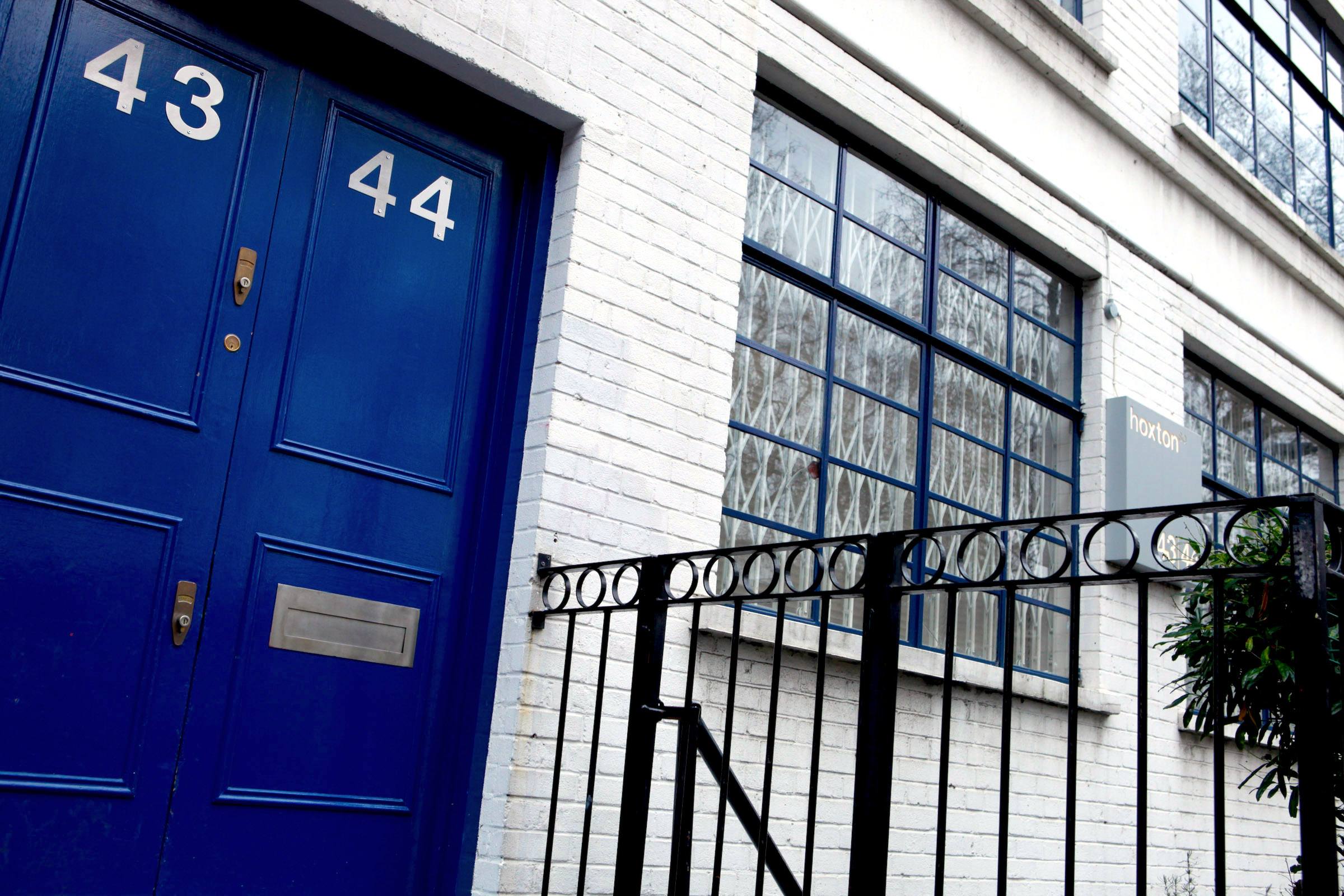