Adem Ilhan is an English musician from South London. He is also the bassist in the band Fridge, with Kieran Hebden.

Adem ventured into the Pool at the end of 2006 with engineer and producer Mark Rankin. While there he recorded a few tracks for Domino Records. They returned to The Pool for a few days in July 2007, much to our delight. Upon his return Adem was greeted by one of our famously polite client questionnaires…

Name of band members (and instrument of choice):
Adem – a big room full of stuff

Quick history – when started, previous bands you were in, etc, etc.:
Started in Fridge (post-rock band) when at school age 15/16. Put out a few albums. Started solo project 2003. ‘Homesongs’ came out in 2004 on Domino; it was my first album followed in 2006 by ‘Love and Other Planets’. Run a mass-improvisation group called Assembly, and ran and curated the ‘Homefires’ festival.

What project are you doing here at Miloco (e.g. recording, mixing or remixing/single tracks or album) and when’s it due to be released?
A cover album (currently entitled ‘Takes’). The tracks are all from the nineties, when I was at school and being inspired by music. Arranging, recording, producing and mixing.

Which Miloco studio are you using and why did you choose it?
I’m in The Pool. I love having the control room in the recording space. Also essential for me and the project is the ability to have lots of instruments lying around and mics up and ready to go. Also, The Pool has no red ‘recording’ light. Perfect.

Please describe The Pool in one lie:
It’s an open, creative environment.

How would you describe the material you are working on?
Covers from the nineties, played on numerous acoustic instruments. Inventive arrangements beautifully mixed and recorded.

How did the working relationship with Mark Rankin come about, and what do you feel he brings to the project that other producers/engineers wouldn’t?
I first met Mark at The Exchange and was instantly impressed – he has a unique ear and willingless to experiment and push the edges, as well as being an incredibly accomplished engineer and mixer. And he’s really, really nice. He must have a secret vice… Maybe a collection of childrens shoes under his bed…

The song you wished you’d written:
Angels – Think of the PRs! Anything from ‘Blue’

What’s the strangest rumor any of you have heard about yourselves?
I heard that I wasn’t me once…

You are placed in front of a time machine. Which year in history would you travel to and why?
The beginning, to see how it all started.

Any additional info you’d like to let us know about?
I definitely am me.

Adem was speaking to Miloco in July 2007. 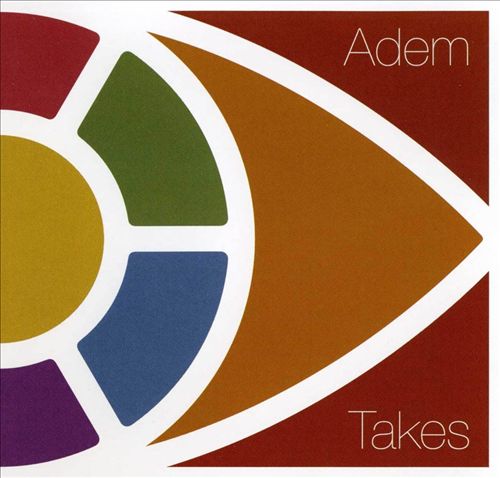 Introduce yourselves to the third solo album from the former-Fridge member and now acclaimed nu-folk pioneer. Adem's Takes is a truly inspirational set of 12 covers he was fond of as a youth, and has earned him a place on the NME's recent 'Top 50 modern innovators of music' poll. 'Takes' was engineered by Mark Rankin. Mark and Adem used The Pool for parts of the albums tracking phase.…