Out of the ashes of The Beta Band emerged The Aliens (quite how no one had thought to bag that name before is beyond me), and not surprisingly a rather fine racket emerged. They also coined the phrase ‘Songs in the key of Fife’ for which they get bonus points.

Gordon Anderson, Robin Jones and John Maclean are the intergalactic men involved and they were in Miloco’s Engine Room in summer 2006. 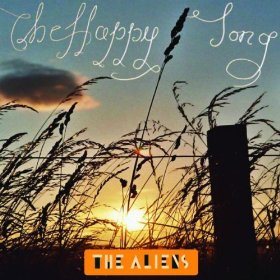 The Aliens - 'The Happy Song'

The latest release from the post-Beta Band outfit stops in at the door marked 'so happy it's possibly slightly deranged'. It's a slice of melodic 'n' harmony-clad summer pop and it features a whistled middle 8. And that, for me, is more than enough. The Happy Song was mixed in The Engine Room Studios in May 2006.…