Established in March 2013, London four-piece Flyte are already storming through the ranks of the music world with their ‘of-the-moment’ fresh blend of Electro Indie-Pop.

Making up the band are Will Taylor, Nick Hill, Jon Supran and Sam Berridge. Having already released a string of tracks and  a live EP, Flyte have been working with top producer, Dan Grech-Marguerat, on their latest single We Are The Rain at Miloco Studios. 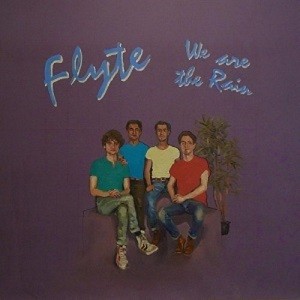 With playful guitar riffs, dreamy vocals and upbeat dance beats, this London four-piece are setting themselves ahead of the game with their debut single, We Are The Rain. The shifting dynamics of electro beats and synthesised handclaps mixed with delicate harmonies and swooping arpeggios make for a track filled with intriguing juxtapositions - never a dull moment! Perhaps this is the reason why Flyte have moved so quickly up the ranks, already having worked with top producer, Dan Grech-Marguera…