Foals came to The Pool in 2007 during the making of their debut album, ‘Antidotes’. Here is an interview they gave during the session.

Miloco: Quick history – when started, previous bands you were in, etc. etc.
FOALS:

Miloco: What project are you doing here at Miloco (e.g. recording, mixing or remixing / single tracks or album) and when’s it due to be released?
FOALS: Three 7″ alternate versions of singles with Kieran Hebden… released end of year-ish…

Miloco: Which Miloco studio/s are you using and why did you choose it/them?
FOALS: The big garage space (The Pool)… It’s great

Miloco: Please describe The Pool in one line:
FOALS: Chillaxed

Miloco: How did the working relationship with Kieran Hebden and Mark Rankin come about, and what do you feel they bring to the project that other producers/engineers wouldn’t?
FOALS: Mainly because we’re massive fans of Kieran’s music projects and we thought he’d be an awesome producer. So our label Transgressive set it up. Kieran’s the conductor, we compose / he conducts. No one’s done that before with us, it could be love! 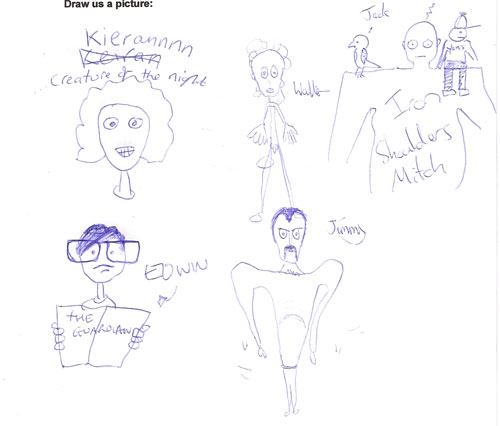 Foals were speaking to Miloco in May 2007. Antidotes is out now.