In January 2008 Kid Carpet was mixing his album of casio keyboards and Fisher Price guitars in The Engine Room with producer Ben Hillier. He answered some questions and drew some pictures for us in this interview done during the session.

Miloco: Quick history – when started, previous bands you were in, etc. etc.
K C: I think I’m about to be 5 years old. I’ve been in some bands and got tired of carrying heavy and expensive equipment about. That’s why I only use cheap and lightweight gear nowadays. And I prefer splitting all my profits amongst myself.

Miloco: What project are you doing here at Miloco (e.g. recording, mixing or remixing / single tracks or album) and when’s it due to be released?
K C: Mixing my second album due to be released in May 2008 on Sunday Best.

Miloco: Which Miloco studio/s are you using and why did you choose it/them?
K C: We’re in the one where Enya wrote ‘Orinoco Flow’. I didn’t choose it. I chose Ben Hillier and blagged a cheap deal and hey Presto! Here I am.

Miloco: How would you describe the material you’re working on?
K C: Shallow pop music with uncanny depth.

Miloco: How did the working relationship with Ben Hillier come about, and what do you feel he brings to the project that other producers wouldn’t?
K C: I worked with Ben years ago when I was in an indie band. Since I’ve been Kid Carpet I always send him stuff and pester him to mix for me. Ben is good fun, really ‘gets’ the material and isn’t scared of anything.

Miloco: The song you wished you’d written:
K C: “Backstreet’s Back”. Anything by the Wombles

Miloco: What’s the strangest rumour you ever heard about yourself?
K C: That I won the Eurovision song contest!!

Miloco: You are placed infront of a time machine. Which year in history would you go to and why?
K C: 0. To watch Jesus die. 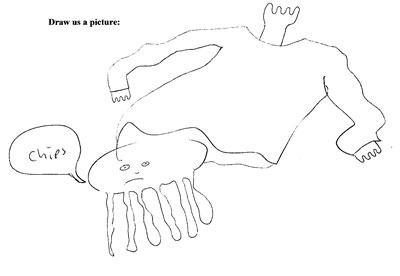 Miloco: Any additional information you’d like to let us know about?
K C: I have a football brain… 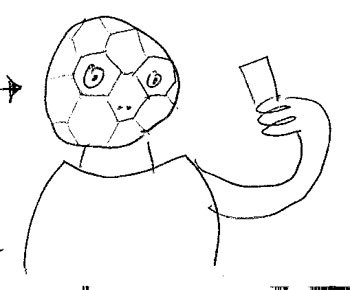 Kid Carpet was speaking to Miloco in January 2008.