In July 2007 Mystery Jets used Musikbox and The Pool with producer Erol Alkan and engineer Al O Connell. Here is an interview they did for the website during the sessions.

Quick band history – when formed, previous bands you were in, etc, etc.:
MJets formed in 1996, under the name ‘Red Sauce Horse Divorce’. The thrill of being named after a fantasy feature film soon wore off, and so the Jets alias ensued. In 2004 a record deal with 679 Recordings was signed by all parties over champagne in Henry Harrison’s 14ft river cruiser, parked at the time in the middle of the Thames-by-way-of Twickenham. A party (indeed the first of many) followed on the shores of nearby Eel Pieland, and after that, an album and a tour.

What project are you doing here at Miloco (e.g. recording, mixing or remixing/single tracks or album) and when’s it due to be released?
Working into previously recorded tracks as well as recording new ones for the forthcoming 2nd Jets album.

Which Miloco studio are you using and why did you choose it?
The Pool. Owned by an e-bay addict. Have previously worked at Hoxton (Square), Garden, Toyshop too…

How would you describe the material you are working on?
How Liars might interpret Michael Jackson. Pro 1’s replace fretless basses and Erol Alkan replaces Quincy.

How did the working relationship with Erol Alkan come about, and what do you feel he brings to the project that other producers wouldn’t?
Erol is relatively new to producing bands, though he has much previous experiences with recording sounds and fucking shit up. Mystery Jets have always strived to never repeat a trick and Erol has never not got a new trick up his sleeve. The Captain Cornflakes of alternative music you could say.

The song you wished you’d written:
‘A Rose for Emily’ – The Zombies

What’s the strangest rumor any of you have heard about yoursleves?
That Henry used to be in Pink Floyd

What’s the worst behaviour you’ve ever witnessed at a gig? (Can be your own/someone else’s/ a combination of both…)
Kai (our bassist) once jumped from a speaker stack somewhere in Europe, in some kind of mid-song choreography-gone-wrong resulting in a poor young girl spending the rest of the evening with sodden undergarments.

If you could go back to any point in time, what year would you go to and why?
1980. The world is at a crossroads. Technology-concerned, the decade ahead will make huge leaps forward. The vinyl record will be replaced by the tape, and the tape will be replaced by the CD. Television will replicate life in full colour, and thousands of dollars worth of children’s pocket money will be swallowed up by great companies like Nintendo, Reebok, Casio and Swatch, specifically created to make the world a happier place. 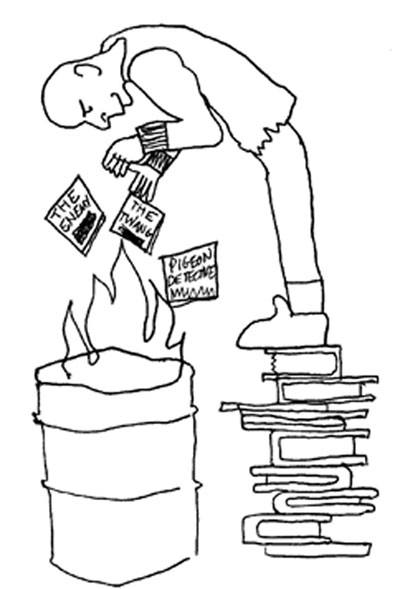 The Mystery Jets were speaking to Miloco in July 2007.