6 Day Riot Have A Plan

The second album from London’s 6 Day Riot is filled with summery folk-pop loveliness. ‘6 Day Riot Have A Plan’ is released on the band’s own imprint, Tantrum Records. Features the single ‘Run For Your Life’.

6 Day Riot tracked the album with producer Guy Massey in The Pool in December 2008. 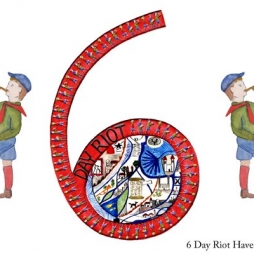