A Brief History Of Love

Having spent the last few years helping the likes of Klaxons and Crystal Castles launch their careers through their distinct Merok labek, Milo Cordell and Robbie Furze have got round to releasing their own debut LP on 4AD. A Brief History Of Love arrives 9 months after the band’s inclusion on BBC’s ‘Sound of 2009’ poll, and also follows their triumph with the Philip Hall Radar Award at this year’s NMEs.

The album was partly-tracked in The Pool by producer Paul Epworth and engineer Mark Rankin. 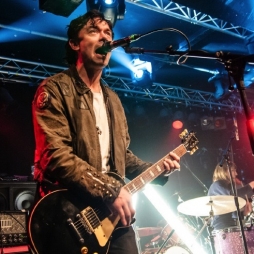 Read more about The Big Pink