You have to go back to April ’09 for when Delphic entered the studio with Ewan Pearson to start recording Acolyte. 9 months later, and it is the first of 2010’s great debuts to have been recorded at Miloco. The album debuted at Number 8 in the Official UK album charts. Producer Ewan Pearson and engineer Bruno Ellingham tracked Acolyte at Fisher Lane in April and May 2009. 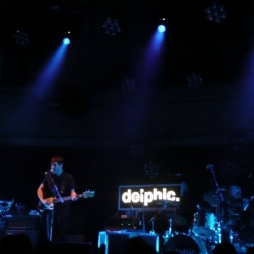