‘Bleeds’, Roots Manuva’s sixth studio long-player, was largely recorded in The Bridge and mixed in The Engine Room at Miloco HQ Bermondsey, London.

The celebrated UK emcee, born Rodney Smith, began his foray into hip-hop in the mid 90’s, and twenty years later is still proving he’s head of the British rap pack. Taking the Roots Manuva sound fans have come to know and love a little further, this album incorporates a wide range of musical influences from dub to trap, lush strings to 60’s sounding soul. With a notable absence of his trademark cheekiness, ‘Bleeds’ carries more gravitas than previous Roots Manuva albums, possibly reflecting Smith’s maturing sensibilities (he is 43 now after all), while he discusses weighty topics such as education and Britain’s underclass.

‘Bleeds’ was written and recorded in the UK, featuring production credits from the likes of Four Tet, Major Lazer co-founder, Switch, Adrian Sherwood, and young up and coming British producer, Fred.

It takes a certain amount of inventiveness, and lot of skill, to be able to effectively fuse contemporary sounds and production with current social commentary, a feat that is only too easy for Smith. Now entering his third decade in the music industry, Roots Manuva has once again reminded us why he is the true pioneer of UK hip-hop. 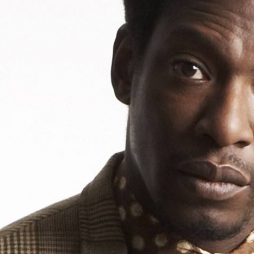