Burn Your Own Church

They’ve been releasing singles for ten years, and collaborating with the likes of Royksopp, Rammstein, and The Rapture, but the Parisian electro duo Black Strobe have finally come round to releasing their debut album, featuring epic guitar parts, sweeping synths and colossal beats. Between November 2006 and February 2007, Black Strobe used The Square, The Toyshop for vocals and The Engine Room for mixing ‘Burn Your Own Church’. They worked with producer Paul Epworth and engineer Al O Connell. 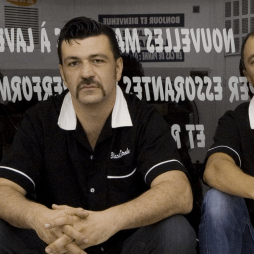