The Pains Of Being Pure At Heart

Days Of Abandon is the third LP from New Yorkers, The Pains Of Being Pure At Heart.

Since the band’s 2009 self-titled debut, they’ve been rather busy. Their second release in 2011, Belong, featured super-producers Flood and Moulder and now their third unveiling is out, delivering a far more personal approach to songwriting.

With Days of Abandon, the band have pushed their boundaries, with lead singer Kip Berman saying that he really wanted to draw on topics that were outside of his comfort zone and ‘painful to confront’, but still ensuring the music sounded upbeat and optimistic.

Leaving behind the lo-fi fuzz of their previous Grunge-tinted records, Days of Abandon sees a new direction for the band, channeling cleaner guitars and delicate, innocent sounding vocals.

Simple And Sure, the second track on the album, is hugely joyful. With bright, jangly guitars and ‘Footloose’-sounding drums, the catchy chorus line ‘I just wanna be yours’ is repeated throughout, emphasised by both male and female vocals.

Brimming with handclaps and infectious rhythms, TPOBPAH manage to make this a record perfect for summer listening, despite the disguised melancholy lyrics. The ultimate punk-pop offering.

The record was mixed by Charlie Hugall in Miloco’s The Engine Room and was produced by Andy Savours. 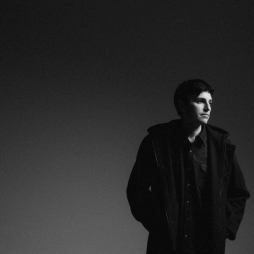 Read more about The Pains Of Being Pure At Heart