We got our first taste of US rapper Goldlink’s latest album Diaspora with the lead single Zulu Screams, which was part recorded in our HQ – read more on that here.

And today the full project is out – a 14 track album studded with all-star features and laced with Goldlink’s fast-paced flow and funky tribal beats from start to finish.

Over the past 18 months, Miloco engineer Sam Harper has been working on Diaspora, alongside the album’s producers P2J and Ari Pensmith,

Sam Harper I worked on a fair bit of this, with producers P2J and Ari Pensmith over the last year and a half recording in our rooms in The Bridge, The Pool and Dock Street Studios.  Sam also received a mixing credit for his work on ‘Tiff Freestyle’.

Listen to the album below on Spotify, or click the badge in the header to buy on iTunes. 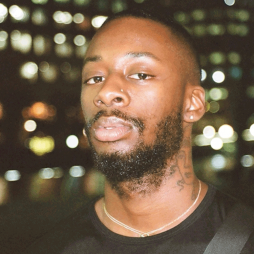