Kid British have landed with debut single ‘Elizabeth’. This track is released from the forthcoming album by the eclectic Mancunian 4-piece; one of several soon-to-be-released records straight out of the all things hip and beautiful!

‘Elizabeth’ was tracked in The Toyshop in 2008 with engineer Laurence Aldridge. It was mixed in The Engine Room. 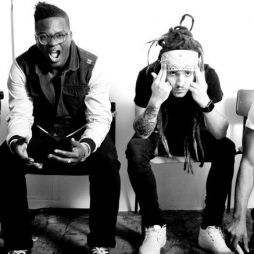