Joseph Francis and Martin Smyth are the duo that make up Winter Mountain; an Englishman and Irishman that met in America and sing harmony-heavy Folk songs. Having set up their own label, Charcoal Records, their debut EP, Find, Follow was released in May 2013.

Featuring three tracks, the band worked with a number of producers on the record, including Mike Crossey (Jake Bugg, Arctic Monkeys) at Miloco’s Livingston 1 studio, where he mixed the tracks.

Winter Mountain also spent some time in Miloco’s Engine Room and Assault and Battery 1, as well as the EP being recorded and produced by Grammy-Award-winning Matt Lawrence (Mumford and Sons). 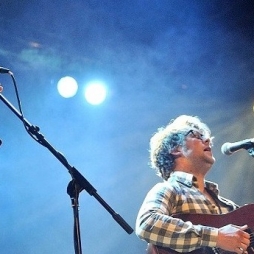