Fire in the House

The second single from Hard Fi’s latest album, ‘Fire in the House’ looks set to take the Staines indie rockers’ triumphant festival season into the clubs for a late summer blast. The single, which was produced by Stuart Price and mixed by Alan Moulder, features a remix by the legendary Tiesto.

Alan mixed ‘Fire in the House’ in Miloco’s Assault & Battery 1. 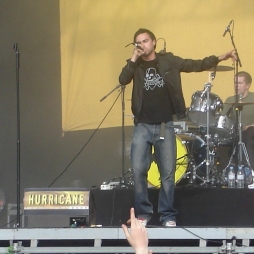