“This was a track the guys really had a fully formed idea of when they came to the studio,” said Neil. “They had a great demo of it, but we wanted to make it feel live and played as a band to counter the electronic sounds in it.

“Angelic was a really relaxed place to be, but with no distractions either so you get a lot of work done. There were a lot of instruments as well, so whenever we were getting stuck we could have a route around in the toy cupboard and find some strange old synth to play to get us going. Also we were really lucky as it was a super sunny time when we were up at the studio, and so we got to have breaks in the sunshine and the occasional BBQ.”

The track was recorded as a live take as much as possible. The drums were set up in the main big room at Angelic using a parachute over the kit to keep the sound tight, with a couple of nice ribbon mics to pick up a trashy room sound. A LinnDrum was also running to help give the beat more of a programmed feel.

The bulk of the synth lines came from the Roland JUNO-60, which is the band’s go-to synth, and then some really nice ARP Solina overdubs run through a Fulltone tape delay. A few Memorymoog lines were recorded as well.

For the vocal chain, an EAR 660 Limiter/Compressor and Pultec EQ were used through a Neve preamp. A pedal delay was also run live through an old AKG spring to give the vocal more depth, and some time was spent running parts through some settings on the Eventide H3000 harmonizer and experimenting to find some cool sounds after they had been recorded.

“It was great to work with a band who weren’t afraid to throw things away if we thought we could make it better,” said Neil. “They’re also incredibly lovely and funny people, which when you’re alone in a residential studio really helps! As long as it’s not your chocolate cake being spiked with HP Sauce…” 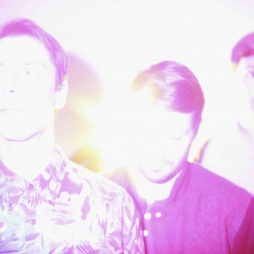