The band have taken a new direction with Get Hurt, taking inspiration from iconic Pearl Jam album No Code, along with vocalist Brian Fallon’s recent relationship turmoil as album material – particularly the anthemic, ballad title track Get Hurt.

The record was mixed at Miloco’s Livingston 1 Studio in North London by producer Mike Crossey, who also went out to Nashville with the band to record the album.

Get Hurt is releases in the UK on the 11th August through Virgin EMI. 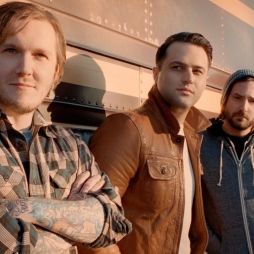 Read more about The Gaslight Anthem