Klaxons prepare their main assault on the charts with the anthemic new single ‘Golden Skans’. A hypnotically sweet pop harmony is the backbone of the track, a sweeping, shiny dream of a song that will wipe clear the presumptions of those that think they know and tickle those already in the band’s thrall even deeper into their cosmos. ‘Golden Skans’ is taken from the band’s debut album ‘Myths Of The Near Future’. Klaxons were in The Garden in the early part of 2006 with James Ford producing and Jimmy Robertson engineering. They were working on this track and other album tracks. 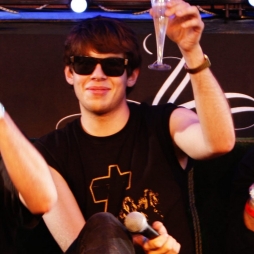