I Slept On The Floor

I Slept on The Floor is the debut album from the London-based indie band Another Sky. Working with producer Jolyon Thomas, the band spent a week at Livingston Studio 1 in Autumn 2019, tracking the songs “Fell In Love With The City” and “Brave Face”, with Miloco’s Henri Davies engineering both tracks. As well as this, they also spent a week at Snap in late 2019 tracking the songs “All Ends” and “Let Us Be Broken” with engineer James Mottershead, as well as tracking strings for “Brave Face”.

James had this to say about working on the Another Sky record specifically, and also about working on the Sea Girls album “Open Up Your Head”, for which he also spent some time at Snap: “I was very pleased to play a small part in [I Slept On The Floor], engineering two songs and recording strings for another. I thoroughly enjoyed recording it & I hope you thoroughly enjoy listening to it! I Feel very fortunate to have worked on both records, with the two sets of very talented people, hopefully they’ll both prove to be important records!”

Click the badge in the header to listen to I Slept On The Floor on Apple Music, or stream on Spotify below. 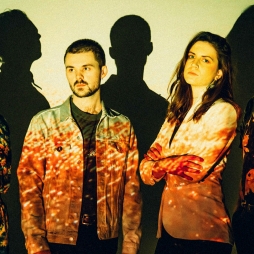 Read more about Another Sky