If We Can’t Escape My Pretty

Re-locating to Austin, Texas, from their more humble English surroundings has resulted in IV Thieves’ new LP displaying an impressive blend of gritty garage rock and quintessential British themes, reminiscent of landmark English bands along the lines of The Libertines, Oasis and The Beatles. The latter Liverpudlians in particular, are a somewhat rekindled spirit in the more psychedelic undertones which flourish throughout this powerful record. IV Thieves were in The Yard mixing the album throughout 2006 with producer Chris Sheldon. 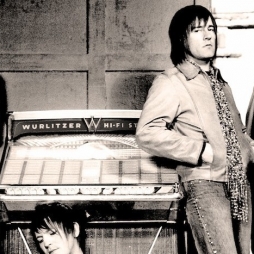