Kawala, aka North London duo Jim and Dan,  return today with their self-titled KAWALA EP, released on Virgin EMI. First teaming up in 2018, Jim and Dan have since released a string of singles and EPs, including 2019’s ‘Play It Right‘, which was recorded and engineered at Miloco’s Livingston Studio 1.

For the KAWALA EP the band returned to Livingston 1 to record ‘Animals’, the fourth and final track on the project, produced by Will Hicks and engineered by one of Livingston’s in house team, Henri Davies.

Click the badge in the header to stream the track on Apple Music, or on Spotify below. 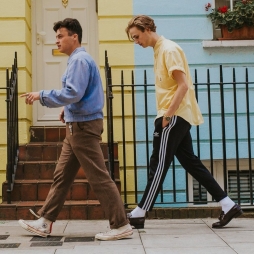