Skepta’s self produced track was brought to Miloco engineer Darren Jones in January to mix the track, which was done in The Bunker, The Square and The Red Room London

“Skepta brought Ladies Hit Squad in on his laptop as a Logic session,” says Darren. “We exported all the tracks as audio and imported them into Pro Tools, which I used to mix the track. I mixed it mostly in the box as we moved around a few different studios, with some outboard EQ and compression on the mix bus (Kush UBK Fatso). I used a lot of UAD and Soundtoys plugins in the mix.’

While in The Bunker Darren re-cut some of Skepta’s vocals using a U87 through anAPI 512c mic pre with a touch of API 550A EQ before hitting a Distressor to cut his vocal.  They added in some additional sound effects (like the boxing bell) and used an internet rip of A$AP’s Nast’s vocal, keeping the glitches or a rawer sound.

“Skepta was great to work with,” says Darren, discussing the session. “He’s a really nice guy! I was booked on the first session at the last minute towards the end of January and thought we would just be tracking vocals. Skepta arrived and said he wanted to mix a track. I just got into it and they loved what they heard! We pretty much mixed the entire track on that first session and there were only a few mix tweaks to do after that.”

Speaking to The Fader about the track Skepta said, “the way this song came together was too organic. We’ve been listening to it on the ends, in the studio, in Ubers every day for months now so I’m happy it’s finally out for the world to hear.”

Skepta’s third studio album Konnichiwa is set for release later this year. Check out the vibey pool-side video for ‘Ladies Hit Squad’ below.

Darren Jones is a Miloco engineer, click here for his full CV to see the other great artists and projects he has worked on. 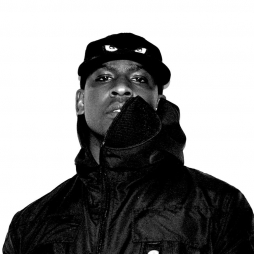