Here’s a taster of what we’ll be soundtracking our summer to come the release of one of the most anticipated debut albums of the year. Having already featured on the BBC’s Sound of 2009 shortlist, debut single ‘Leave’ really is just the start for the wonderful VV Brown.

The forthcoming VV Brown album ‘Travelling Like The Light’ featuring ‘Leave’ is being produced in The Toyshop and Musikbox. 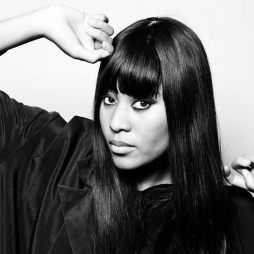