The singer has previously released two self-produced EPs, Monday and Understudy, released in 2013 and 2014 respectively. Understudy led to her signing with indie powerhouse label XL Recordings in late 2014, and has been working on Long Way Home ever since.

Låpsley (real name Holly Lapsley Fletcher) and producer Rodaidh McDonald came into Livingston Studio 1 for a week and a half in October 2015 to complete the album, along with Miloco assistant, Tom Archer. At this point Holly and Rodaidh had been working on the album throughout 2015 and were nearing the finishing stages. Whilst in Livingston 1 the work consisted of overdubs and additional production; vocals, pianos, synths and a few guitars.

“Whiteboards seemed to be an essential element, with recording checklists and track orders being ever added to and changed,” says Tom, speaking on the recording process.

For the vocals “Rodaidh used one of Livingston’s Neumann FET47’s, into the Neve 1073 pre-amp,” Tom tells Miloco. “From there we hit the 1176 Silverface. The FET47 really suited her voice, it’s full-bodied but with a lot of clarity in the top end which helps her vocals cut through the mix; especially when you have more intimate ‘pop’ oriented vocals sitting on chilled electronic tracks.”

For the production, the synths used were soft synths triggered from a midi keyboard, using Rodaidh’s own ROLI seaboard grand to add some additional texture that gave the team some expressive inspiration.

In regards to the artist herself, Tom had only great things to say. “Holly is really driven and was certainly at the forefront of the direction of the album and ultimately, how she is as an artist,” he said. “The EP that got her picked up by XL was self-produced, so you could tell she was really striving for her album to be the best representation of herself and her music.”

Click on the link above to download Long Way Home on iTunes, and watch the video for ‘Hurt Me’ below. 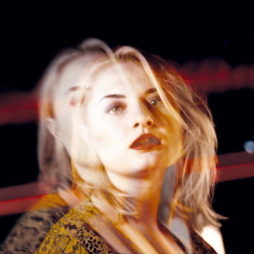