Love Your Dum And Mad

After a hugely successful past few months, it’s easy to forget that this is only the debut album from Nadine Shah. Accomplished, mature and utterly compelling, Love Your Dum And Mad is an outstanding first album.

Love Your Dum And Mad soars through a million emotions at once, whilst teetering on the edge of the many guises of mental health. Produced by Ben Hillier (Depeche Mode, The Horrors) at Miloco’s The Pool Studios and mixed in Ben’s room, Panarific, the album opens with distressing number, Aching Bones. An angular and rhythmic composition, it could be the soundtrack to a horror film with staccato metal stabs and strikes against disjointed piano chords and Shah’s pained wails.

The Whitburn singer’s influences are apparent in To Be A Young Man; a Nick Cave-esque, brooding guitar track with a hint of hopelessness and Smiths-like Miserablism rearing up in lyrics such as “Now we’re stuck in nine-to-fives and monotonous routines, and any hope we had, seems distant and obscene”.

Runaway is perhaps the rockiest track on the album, featuring pounding drums and distorted guitars. Shah’s vocals, smoke-filled and croaky in moments of despair yet lush and viscous at others, hypnotise and lure throughout the record.

The Devil is a beautifully syncopated Tango. Macabre guitar riffs and relentless percussion provide a dark stage for Shah’s trembling utterances and storytelling. It’s this sense of theatre that is so magnetic at her live shows. As her voice draws you in, a sea of controlled soundscapes and focused accompaniments leave chills down your spine and goose-bumps all over. Nadine is a true artist, the kind that feels every emotion and means every word she sings, ending each song virtually drained and exhausted from the sheer input. Her technical abilities are first class, displayed in tracks like Dreary Town, where there’s barely a second to take a breath between each soaring suspension.

Filthy Game has an eerie, cyclic piano figure, unrelenting and agitated as if to imply a spiralling loss of control. Used It All, taken from the Dreary Town EP is desolate tale of woe, scattered with echoing reverb and haunting piano chords that are slowly left to fade out into nothing, resting, finally at peace.

Love Your Dum And Mad does not let up. Changing and growing, caressing and then fighting, it’s the perfect insight into a troubled mind – revealing both it’s hostile and endearing sides. This is just the beginning from Nadine. 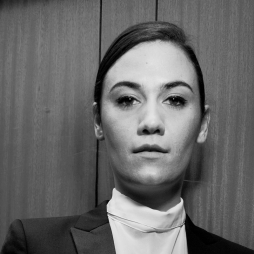