‘Modern Nature’ was mixed at Toast, a Miloco studio in partnership with engineer and producer Craig Silvey. Craig mixed the singles ‘Come Home Baby’ plus ‘So Oh’, and Eduardo de la Paz mixed the remainder of the album.

“Toast is one of the best-kitted mix rooms in London,” said Eduardo. “The collection of old versus modern gear in combination with the vintage Neve desk makes it a unique mix room, and so much fun to work from.”

‘Modern Nature’ was pretty special for The Charlatans. It was their twelfth record, and a very emotional project after the death of drummer Jon Brookes.

“In terms of the recordings nothing was particularly strange or out of the ordinary, but what did get my attention is that every song was very different to each other,” said Eduardo. “For example disco rhythms and horn sections on ‘Let the Good Times Be Never Ending’, then grungy guitars on ‘I Need You to Know’, and then organ solos on ‘In the Tall Grass’. It was very fun to mix the record. Every track was a different beast to tame.

“The mix process was very relaxed. Every morning we would start a new mix, and I would send something to listen to at about 4-5pm. I would get some comments back, and send a new mix with those tweaks. We would do about two or three rounds of comments, and then the mix was finished. After the whole lot was done we probably had one or two more days of recalls, just doing minor refining to a few of the songs.” 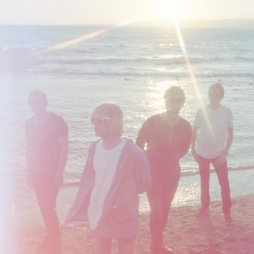 Read more about The Charlatans