As one of the few alternative rock bands emerging triumphantly from the noughties, Yeah Yeah Yeah’s have managed to stay afloat in the choppy seas of the Alt-Rock arena, serving up their latest release; fourth album, Mosquito.

Scaling an impressive array of musical styles and influences in this 40 minute record, everything from Gospel choirs (Sacrilege), 80s synth experimentations (These Paths) and an ode to married life (Always) makes an appearance.

Even on album number four, the band’s vigorous energy has not been lost. Opening track, Sacrilege, begins with Karen O’s instantly distinguishable vocal style, layered over a single, minimal baseline before slick percussion and playful riffs come in. To pack an extra punch for the last chorus, a gospel choir sings gloriously in unison, before repeatedly chanting ‘Sacrilege’ a-capella for the final climax. It’s both weirdly beautiful and jarring all at once.

In complete contrast, Subway, (dubbed the band’s ‘New York song’), is built around a gentle lull of a train passing over metal tracks. Teamed with Karen O’s breathy, ethereal vocals and swelling strings, this track hypnotises and entrances, evoking that familiar sense of detachment and escapism from the throws of frantic city life.

The joy of this record is its ability to shift so dramatically between tracks, making songs like the Sci-Fi themed Area 52 seem all the more ridiculous and tongue in cheek; and you can’t help but love it with lines like “Message came from outer space, future of the human race”.

Not one’s to shy away; Yeah Yeah Yeah’s have delivered a record that is sure to keep them relevant among their contemporaries, proposing interesting and new musical ideas that will no doubt owe to many more albums in the pipeline. 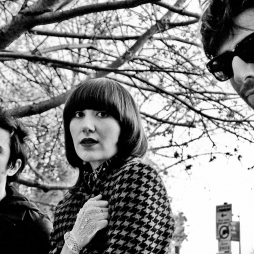