Murmurations is the sixth and most recent studio album from legendary electronic music and production duo Simian Mobile Disco.

Their first album since 2013’s Live, Murmurations was released in May on indie label Wichita Recordings and recorded in collaboration with The Deep Throat Choir, an all female choir from east London.

Simian Mobile Disco and the five person choir came to record the vocals that the album is based around in our large tracking room The Pool, in winter of 2016, with Miloco engineer Jamie McEvoy credited on the album for his hard work.

For many long term fans the album came as rather an unexpected direction – but when an artist is known for being experimental nothing should come as a surprise! Despite the new direction, critics received the album well, with cult-music publication NME giving the album four out of five stars.

The Deep Throat Choir will be joining Simian Mobile Disco while they tour the album. 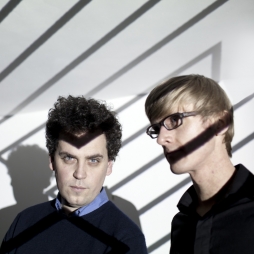