While the persitent rumours of a Roses reunion once again re-surfaced on the run up to festival season this year, Ian was shacked up at Battery in typically good form, working on his masterful sixth solo album, My Way.

My Way was produced by Dave McCracken in Assault & Battery 2 in 2009. 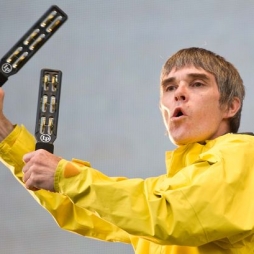