The incredible drumming skills of Steve Sidelnyk (Madonna, Annie Lennox, Massive Attack), who began his career in the 80s, were used to record this album, taking advantage of his huge wealth of experience in this field, and engineering / producing the album was the hugely experienced Brit award winning Chris Potter (The Verve, U2). 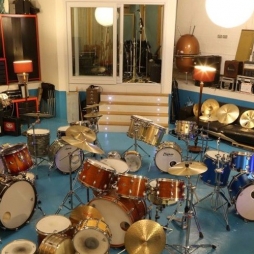