Open Up Your Head

Sea Girls are a London-based four piece who formed in 2015, and released their debut album Open Up Your Head in August 2020, which entered the UK charts at number 3. Famed for their explosive live shows, which we’re sure the band will be itching to return to once they’re able to tour the record, the band have certainly managed to translate this in the studio, the NME calling the album “an accomplished debut that takes Sea Girls’ brand of indie-rock on countless new adventures, and leaves plenty of doors ajar for further exploration for a genre in dire need of a kick up the backside.”

The band tracked the majority of the album at Snap throughout 2019 with the help of producer Larry Hibbitt and engineer James Mottershead. They also recorded the track “Lie To Me” at The Pool, and “Moving On” at Assault & Battery 2 in early 2020.

Click the badge in the header to listen to Open Up Your Head on Apple Music, or stream on Spotify below. 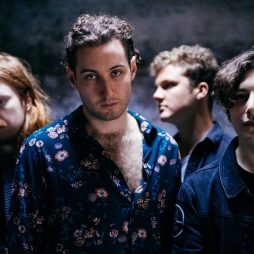