English country pop duo Ward Thomas are back, releasing their third studio album Restless Minds today on Sony Music. Comprised of twin sisters, Catherine and Lizzy Ward Thomas the album is a 15 track exploration into issues of mental health, #MeToo, and something else closer to the twins’ heart – growing up and growing apart – all with their catchy pop-country melodies they’ve become known for.

Restless Minds was part recorded in Miloco’s London HQ facility in The Pool, alongside the album’s c0-producer Joe Rubel, who has worked with fellow Miloco clients Ed Sheehan and Dodie, among many more. The Pool’s in-house assistant Jamie McEvoy assisted Joe over the six days of recording in March and April 2018. 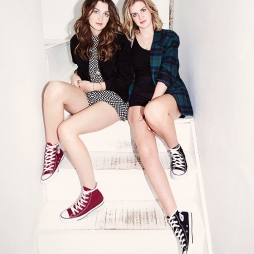