Enigmatic duo, Mike Kerr and Ben Thatcher continue to surprise listeners with their frantic blasts of drums and bass guitar, delivering the same energy – and noise – as a four or five-piece band.

Exploding into action is the album opener Out Of The Black. The track oozes with heavy, grunge-fuelled riffs that are simple but hugely intense. Using a bass guitar strung with standard guitar strings and an array of guitar pedals, Kerr and Thatcher cleverly create a unique and deceiving sound that can effortlessly fill any venue or stadium. It’s pretty impressive really.

Royal Blood channel the punch and potency of fellow two-piece, White Stripes, whilst Kerr’s vocals are influenced by Queens of The Stone Age singer, Josh Homme. There’s even hints of dance-punk duo Death From Above in track Loose Change. Whatever influences you draw from this album, it’s fair to say that the combination of Rock riffs with melodious vocals and hard-hitting blues-inspired beats are brilliantly executed throughout the record.

The lead singles from the album, Come On Over and Little Monster are instantly catchy with ear-worm hooks and the right balance of Rock riffs and anthemic verses to satisfy the masses.

Released only last week, the record has already sold 66,000 copies making it the fastest selling debut Rock album in the last three years.

Royal Blood was mixed by super-producer Alan Moulder at Miloco’s Assault and Battery 1 Studio and was released through Warner Music UK. 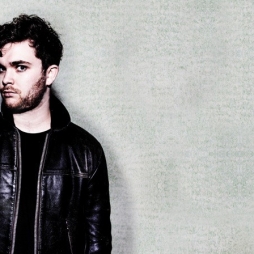