Released through Mute Records, the sixth album from Goldfrapp, Tales Of Us, is a theatrical affair complete with dramatic tales of passion, romance and horror set over eerie, minimalist orchestrations.

Mixed by Craig Silvey (Horrors, Arcade Fire, Florence And The Machine, Arctic Monkeys) at Miloco’s The Garden and Toast studios, the album has been two years in the making, resulting in a stunning return to form for the duo.

Each song on this ten-track album is titled after a Christian name, allowing Alison to create moving narratives throughout the record, many with literary references, too. With themes often revolving around the dark and macabre (particularly Annabel), Alison’s ethereal, breathy and sometimes falsetto vocals compliment brilliantly, invoking spine-tingling moments. Intertwining perfectly are Gregory’s (the other half of Goldfrapp) sparse accompaniments and a hushed ambience that gradually lures you in.

Thea is a standout track. Authoritative percussion (pretty much the only song to feature this fully) is blended with seductive vocals that soar to the very upper ranges before cutting through undulating synths. Closing track on the album, Clay, is a full orchestral offering with multi-layered strings adding a dimension not yet explored on the album. A cinematic soundtrack if ever we’ve heard one.

Drew is a passionate lament (on first listen) based around continuous finger-picked arpeggios. As aggressive swipes of bassy cello are thrown in, sinister undercurrents slowly reveal themselves – the perfect example of the dark and theatrical nature of Tales Of Us. 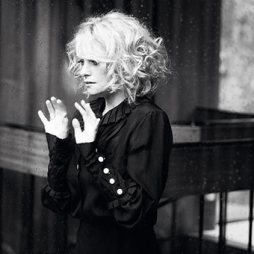