The debut album from The 1975 is an era-blurring affair, full of 80s backlashes, jangly guitars, synths and lyrics dripping with teenage sympathies.

Already an established band thanks to numerous festival performances and Radio One’s lengthy coverage, The 1975 have delivered their highly anticipated debut with confidence.

If you were familiar with the band’s Music For Cars EP, you’ll be aware of their single Chocolate; a perfectly formed pop hit with catchy Indie guitar riffs and bizarre lines about hiding guns under petticoats. Their other single, Sex, was re-released just before the debut dropped and is the epitome of teenage turmoil, angst and curiosity. Matt Healy’s vocals have that slightly over-embellished feel and distinguishable intonations that instantly put the band into the ‘Indie-pop/rock’ category.

Track, Pressure, is so 80s personified. Synonymous with the likes of a Duran Duran track, it’s complete with slick, little guitar fills, backing vocals delivered with a slight whisper and that pseudo-funky beat that you can imagine people clicking their fingers to. This record really is more than just a nod to an era they admire.

Girls is instantly identifiable as an 80s era track and could have been scraped from a Top Of The Pops episode of the decade. Ironically named, the guitar intro sounds hugely similar to Cyndi Lauper’s Girls Just Wanna Have Fun, just to add more references to the decade.

Is There Somebody Who Can Watch You is unlike any other track on the album. A piano and vocals piece, it reveals itself as one of the most meaningful and genuine tracks on the album. Minimalist and solemn, Healy executes surprisingly soft and soulful vocals as he details the pains of family life, almost acting as a coming of age, climactic track to close the record.

Throughout the heavily layered and complex tracks that feature on most of the record, even the instrumental interlude tracks work as stand-alone numbers, thanks to Mike Crossey’s highly skilled production work. Beautifully ethereal, they continue along the lines of the Music For Cars EP with spaced out accompaniments and echoing vocals. As a producer, Mike is always striving to create records that have real personality and is known to prefer hearing “the true spirit of a band rather than just hearing the sound of technology”, which i think really shines through on this album.

Crossey has hit the nail on the head with Heart Out – a synth heavy bassline which transports the listener straight back to the 80s pop era of shoulder pads and keytars, he’s even gone truly authentic with a short sax solo. There’s no doubt it’s cheesy, but it’s produced and delivered to perfection.

Although the record has its repetitions, it’s clear that the band have huge ambitions, as well as potential. Through themes of drugs, love, sex and teenage dilemmas, The 1975 have managed to create a soundtrack for the youth.

The 1975 was recorded at Miloco’s Livingston 1 Studio in North London and The Motor Museum in Liverpool. Mike Crossey (Arctic Monkeys, Foals, Tribes, Keane) was enlisted to produce and mix the album (also at Livingston 1) which was released through Dirty Hit/Polydor Records. 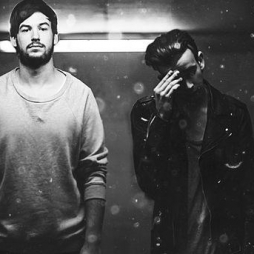