Peckham-dwelling 5-piece finally get their brilliant psych-indie debut on the shelves, after recording it in The Pool in the summer of 2007. Oasis’ Andy Bell named The Lea Shores his favourite new band of 2009.

The Lea Shores was produced by Ben Hillier and engineered by Ferg Peterkin. 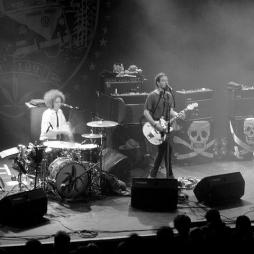 Read more about The Lea Shores