The Liberty of Norton Folgate

They’re back – those cockney rapscallions who two decades ago were celebrating the fact that they had spent more time in the UK charts throughout the decade than anyone else on the planet. But that was the 80s and this is now, and what’s most important is that the ever-endearing Madness have returned with their eighth studio album. Liberty of Norton Folgate has been 3 years in the making, and early rumblings are popularly leaning towards the critical stamp of ‘their best yet’.

The album was produced by Clive Langer and Alan Winstanley, and engineered by Interface’s Finn Eiles. It was tracked in The Square and mixed in The Yard. 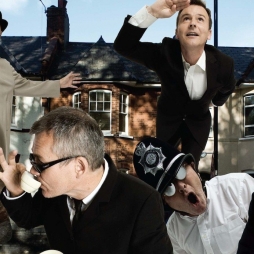