The Thrill Of It All

The Thrill Of It All is the long-awaited second album from one of the UK’s biggest stars in music, Sam Smith. Like the rest of the world, we became huge fans of Sam Smith after the release of his 2014 debut, In The Lonely Hour, which is why we were so excited to be a part of the second instalment of his musical career.

Sam and his team booked out our North London studio complex Livingston Studios for a huge 7 months over late 2016 and early 2017 to write the record, averaging one song per day. Joining Sam on the sessions were his long-time writing partner and collaborator Jimmy Napes, as well as an array of different writers, engineer Gus Pirelli and of course Livingston’s in-house assistants Tom Archer and Henri Davies.

Tom and Henri made sure all instruments were always setup in the live room in Studio 1 which meant the Sam and co had complete ease to record whatever they wanted, whenever they wanted.

“The whole process and workflow was as productive and authentic as it could be,” says assistant engineer Tom, speaking on the months-long session. “Sam was generally writing a song a day with Jimmy or whoever he was writing with that day and they’d leave the studio early evenings with really great sounding demos.”

From a technical standpoint the recording was ever-evolving. Captained by Gus Pirelli, the team ended up with a set-up aptly titled “Titan” which encorporated mics up the desk, Livingston’s 24tr Studer A80 and Clasp. With this set-up and track presets in ProTools, all instruments from choir to hammond, drums to synths were armed and ready to record in seconds.

“Jimmy drove in one morning with a groove in his head,” Tom says. “He bounded in like a ball of energy, quickly said ‘hello’ to us in the control room and went straight to the drums. By the time he sat down we were armed and recording to tape, with an amazing drum sound we had had the time to hone over time. That’s what was possible with the luxury of booking out the studio long-term – complete technical transparency between ideas and a finished track at the end of the day.”

“Sam used one of our Neumann U67’s, through the Neve 1073 and the Tubetech CL1B for vocals. His vocal ability is absolutely incredible. The amount of dynamic range, vocal range and emotion in one quick take was astounding and most vocals were rarely done in more than 2 or 3 takes. On top of this, I’d say Sam, Jimmy and Gus were some of the loveliest, most talented, down to earth people Henri and I have worked with.”

After writing and demoing the entire album at Livingston, The Thrill Of It All was recorded at various studios in the UK and USA.

Pictured below are Sam, Jimmy, and songwriting duo Stargate at Livingston’s local builders café, Brooks Cafe, the day they wrote the album’s lead single, ‘Too Good At Goodbyes’. The video for this track was partly shot at one of our other north London studios, The Church. 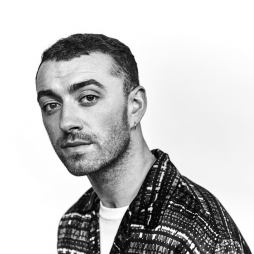