The Weight Of Your Love

Produced by Jacquire King and mixed by Craig Silvey at Toast Studio, the follow up to Editors’ last album, 2009′s In This Light and On This Evening (where the band worked with producer, Flood), sees the group returning to their indie roots.

Having reignited their passion (and original inspiration) for Eighties new wave, The Weight Of Your Love is bursting with references to icons of that era, such as Joy Division, Echo And The Bunnymen and Simple Minds, helping them to retain their title for the gloomiest, melancholic band of the noughties. This alt-rock offering is a small, but well-manoeuvred step from their previous, synth-drenched record.

Opening track, The Weight announces its presence with a authoritative string section before transitioning to a sombre guitar riff and the ever so distinctive vocal of lead singer, Tom Smith. With dark lyrics, pensive staccato strings, and an anthemic feel, this is perhaps Editors’ biggest and fullest record to date.

In What Is This Thing Called Love, we hear Smith employing a rare falsetto, giving a sweet sensitivity to the record and, let’s face it, a nice variation from his often dour default baritone. Lead single,  A Ton of Love is the real stadium-filler, upbeat and driving, with some (not-so-subtle) hints of U2 heard in the sing-along, arena-rock style chorus, whilst Formaldehyde has The Killers written all over it.

Sugar  is by far the most interesting track on the record with it’s multi-layered soundscape, muddy bass-line, bittersweet lyrics (“It breaks my heart to love you”) and the gradual build towards an agitated but fantastic guitar and strings solo.

This well-constructed record proved Editors haven’t lost their touch when it comes to big choruses, huge vocals and intriguing misery.

Do you like the album? Let us know by tweeting us at @milocostudios 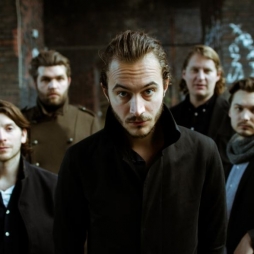