The Danish Uber-Pop outfit Alphabeat have been enjoying the attention of their adoring UK fanbase since re-locating to London earlier in the year, and have lit-up the alternative pop scene with a whirlwind of press plus a headline slot on the succesful Wonky Pop Tour. The turn of the summer marks the band’s debut album release, the self-announcing This Is Alphabeat. 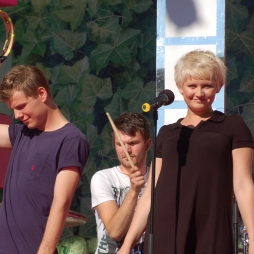