Less known here than in their native Netherlands, The Hague’s Di-rect were in The Motor Museum with producer James Lewis and Miloco engineer Adrian Breakspear in September 2009 to track this single. It peaked at number 1 in the Dutch singles charts.

Di-rect returned to The Motor Museum in Februray 2010 ton continue work on their new album. 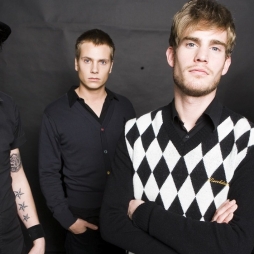