Truth Is A Beautiful Thing

UK trio London Grammar are back with their trademark brand of dreamy electro-pop on their long awaited second album, Truth Is A Beautiful Thing.

The uni-mates-turned-band-mates released their debut album If You Wait in 2013, earning rave reviews and a #2 spot on the UK albums chart. Since then they have toured the world a few times over, and featured on the bill of virtually every major music festival around the world, scoring legions of new fans in the process.

A risky four year wait between first and second albums built up the anticipation, and expectation, for the project but the band did not disappoint! The album, released on Friday 9h of June on Ministry of Sound, has garnered early positive reviews from fans and critics alike, with NME giving the album 4 out of 5 stars.

Over 18 tracks vocalist Hannah wows listeners with her staggering range, from hushed tones to belting notes, layered over the delicate instrumentation and production from Dan and Dot.

This album is sure to be a standout for 2017, and we are very proud to have been a part of it. The trio enlisted the help of super producer Paul Epworth and the team at The Church Studios for the writing/recording and production of seven of the album’s tracks, including the title track.

Paul produced the singles ‘Rooting For You‘, ‘Oh Woman Oh Man’, as well as ‘Hell To The Liars’, ‘Bones Of Ribbon’, ‘Truth Is A Beautiful Thing’, ‘Different Breeds’, and ‘May The Best (Church Mix)’. Additionally he co-wrote and produced ‘Non Believer’ and ‘Control’.

The Church’s team of engineers and assistants were on hand for all these recordings, with Joseph Hartwell-Jones, Riley McIntyre and Matt Wiggins engineering, and Luke Pickering assisting, on various tracks. Miloco engineer Matt also received a credit for mixing ‘May The Best (Church Mix)’.

But don’t just take it from us, listen to this stunning album from one of the UK’s most exciting young acts on Spotify below. Or you can click the button in the header to buy on iTunes.

Update: on June 16, 2017 Truth Is A Beautiful Thing hit #1 on the UK albums chart, beating out US superstar Katy Perry and her album Witness to the top spo 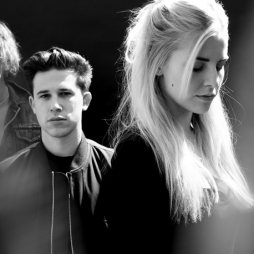