The old Mancunian rogues have re-grouped for their first studio album in fourteen years, and judging by the funky beats, electric guitars and dance-floor grooves, it’s as if Sean, Bez and co. have never been away. Happy Mondays were in The Garden in June and July 2006, mixing tracks for the album Uncle Dysfunktional with producer Howie B and engineer Ben Thackeray. 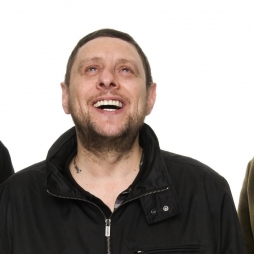