Lianne La Havas single ‘Unstoppable’, from the album ‘Blood’, was recorded by producer Paul Epworth and engineer Matt Wiggins at The Church Studios.

The setup for the band tracking was drums, bass, guitar, synths and piano.

“On the day, the band rehearsed the song whilst I got sounds up and everyone worked on honing the parts,” said Matt. “We would have overdubbed the piano and keys but everything else was played together.”

All the microphones went through the EMI Neve except the piano, which was an EAR pre. The guitars went through an EMI TG2, all to two-inch tape using CLASP.

A variety of compressors and EQs were added on the way to tape to supplement the 1091 mic amps in the desk.

For the string session, all mics went through the EMI Neve to two-inch tape.

All the string parts had been arranged, so the day was spent working through the music and trying out a few extra ideas.

Extra vocals and the monitor mix was done at a later date in The Church Studio 2 and then sent off for mix. 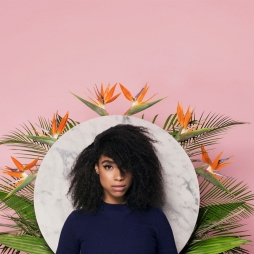