After much anticipation from fans, Sunset Sons released their debut album Very Rarely Say Die. The band released four EPs across 2014 and 2015, building up to their first full studio project. Keeping their trademark surf-rock sound, the album is full of catchy pop tinged songs that steer the band firmly in the direction of commercial success.

Having recorded in various Miloco Studios over the past few years, including Livingston and The Square, the band returned to mix the album track ‘Gold’ in The Red Room London with Milcoo engineer and producer Joe Rodgers. Joe produced the song in east London studio The Premises where he worked with the band for three days in May 2015. 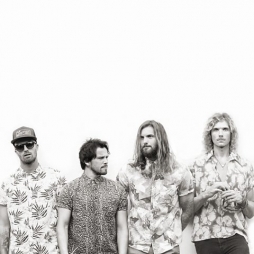