Mainstay on the UK grime scene Lethal Bizzle is back with his new EP, the tongue-in-cheek titled, You’ll Never Make A Million From Grime.

While fans awaited the emcee’s forthcoming studio album later this year, Bizzle announced the surprise project in April with the release of the first single ‘I Win feat. Skepta’. The EP was released in full on his label, Dench Records, on the 5th of May 2017.

So it was no surprise when Lethal Bizzle came knocking on his door to mix two of the EP’s seven tracks, including the lead single ‘I Win’ and ‘Million Pound Dream’ in The Red Room London in early April.

‘I Win feat. Skepta’ was named Mistajam’s Hottest Record In The World on April 11.

Stream You’ll Never Make A Million From Grime below, or click the badge in the header to buy on iTunes. 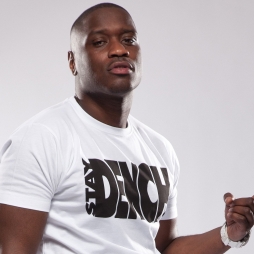