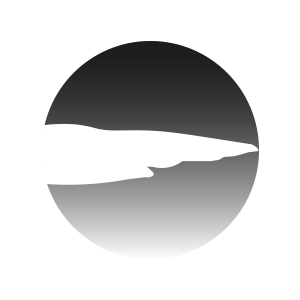 "If God was a Rock Star..."
Close Gallery

For many decades Santorini has been acknowledged as one of the most highly rated tourist destinations in the world. Year after year it is voted amongst the very best holiday islands thanks to its spectacular physical beauty and unspoiled culture, and the formidable efforts taken to preserve both.

Santorini is the southernmost member of the Cyclades islands in the South Aegean Sea, and is generally seen as the crown jewel in the group. Located roughly 200 km southeast of Greece's mainland and 100 km north of Crete, it enjoys a superb climate throughout the year which when described by the locals is "not too hot, but never too cold". Although the vast majority of its 73 sq kilometers is on the main island of Thira, the smaller nearby islands of Therasia, Nea Kameni, Palaia Kameni and Aspronisi are also classed as part of Santorini. The islands form an archipelago around the perimeter of a still-active volcanic crater.

Santorini's breathtaking oceanic terrain was mainly shaped by the giant Minoan Eruption, which occurred roughly 3,600 years ago at the height of Crete's Minoan Civilisation. It is one of the largest volcanic eruptions ever recorded, and is thought to have triggered the demise of Minoan culture.

The eruption led to the formation of Santorini's volcanic caldera, which is mostly filled by a vast lagoon sitting between the islands of Thira to the East and Therasia to the West. The tall, steep and beautifully imposing cliffs at the top of the caldera today provide Santorini's views of the lagoon, neighbouring islands, Aegean Sea and its world famous sunsets.

Modern-day Santorini has an estimated population of just over 13,000 people. Its principle settlement is Fira, built on the northeast segment of the caldera. There are several other small towns and villages spread across the islands, including the beautiful Oia and the former capital, Pyrgos. Like most of the Cyclades islands, Santorini's settlements are famous for their cliff-top positions and traditional Cycladic features. These include picturesque white houses separated by narrow cobbled streets, and the many hotels and mansions clinging to the cliff edge and gazing across the lagoon.

Wherever you go in Santorini you are bound to stumble across remnants of its rich history, whether at the ancient Minoan ruins of the Akrotiri archaeological site, or at the remains of the historic castles which were built to defend the island against prolific pirate attacks of the Venetian era.

Other predominant features originate from thousands of years before. Santorini's geological past has resulted in a unique volcanic atmosphere that attracts travellers from all over the world. Although the volcano is now dormant, signs of activity are still very much alive; spectacular beaches are coated in soft black sand and beautiful red stone, while you can enjoy a day trip to the idyllic hot bathing springs on the uninhabited island of Nea Kameni in the centre of the lagoon. The many volcanic craters spread across the terrain also act as a potent reminder of Santorini's past eruptions.

The incredible efforts taken to maintain Santorini's beauty and culture has resulted in it becoming a very exclusive and high-class holiday destination. It may be renowned across the globe as one of the truly great tourist hotspots, but should in no way be spoken of in the same breath as some of the notorious clubbing islands of Southern Europe. Sitting peacefully in the calming waters of the South Aegean, a million miles away from crowds, noise and pollution, the paradise island of Santorini paradise remains in a whole league of its own.